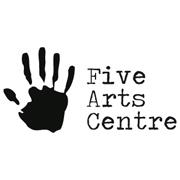 ive Arts Centre is a dynamic collective of Malaysian artists and producers, dedicated to generating alternative art forms and images in the contemporary arts landscape. It is well-known for cutting edge performances in theatre, dance, music and young people’s theatre, and incorporates aspects of the visual and digital arts as well. The collective has performed and presented its work in Southeast Asia, Japan, South Korea, Hong Kong, India, Egypt, Australia, Canada, Germany, Austria, Belgium, Portugal, Switzerland, Finland, UAE and the United Kingdom.

Since it was formed in 1984, by theatre directors Chin San Sooi and Krishen Jit, and dancer-choreographer Marion D’Cruz, Five Arts Centre has been committed to articulating the complexity of Malaysian culture and identity through explorations and fusions of local vocabularies, forms and traditions, in relation to the global, modern and cross-cultural. As such, it has been instrumental in the growth of a Malaysian identity in the arts, that draws from multiple influences and hybrid histories.

For over three decades, Five Arts Centre has been at the forefront of creating experimental, interdisciplinary and intercultural work, providing platforms for the next generation of arts practitioners. Contemporary social, political and cultural issues impinging on Malaysian life are precipitated by way of performances, exhibitions, creative seminars and research workshops.