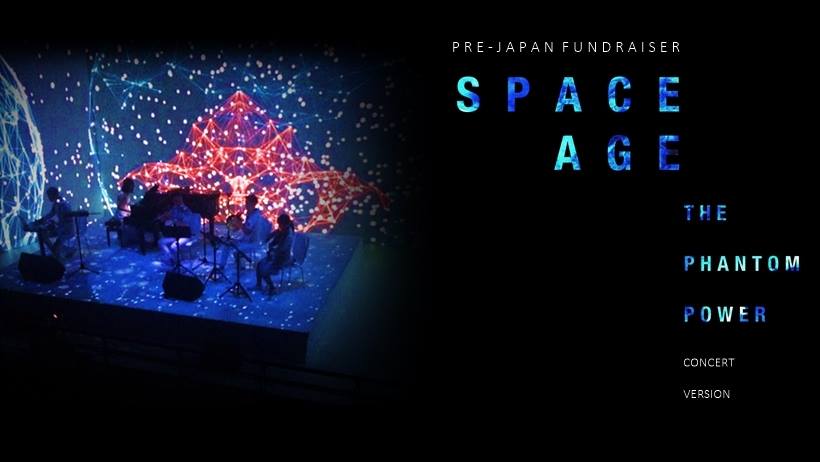 Space Age: The Phantom Power is a contemporary classical performance featuring 5 musical instruments from each of the families in Western classical music respectively. They are: the viola (strings), the flute (woodwind), the French horn (brass), the piano (percussion) and the theremin, which belongs to the new family of instruments, the electronic. First composed in 2010, this work is premiered in the same year under the title Space Age: A Journey like Never Before. Two years later in 2013, composer Ng Chor Guan, on the Theremin, revised and performed the entire work of 8 movements alongside four other Malaysian musicians.

These eight movements all have titles related to the outer space or space travel; they reflect a certain yearning for the unknown, and a wish to retain the mystery and romance of space travel and the unfathomable skies despite the rapid developments of space technology. Ng, at a very young age, once aspired to become an astronaut; while this ambition was gradually replaced by other more attainable ones: ‘music composer’, ‘teacher’, ‘performer’, he remains fascinated with the outer space and the idea of an adventure into the unknown. Armed with music and an instrument as intriguing as the outer space, the Theremin, he creates art that allows him to fulfill these dreams and inspire some in his audience. He describes the Theremin as an instrument ‘played in the air’; much like the way astronauts lead their lives, floating, in a zero-gravity space.

Ng wishes to stage Space Age in more diverse and unconventional spaces that allow him to explore the ideas of ‘space’, both in the literal sense and that which pertains to the theme of this place. In the finale of the entire work, Panorama, the music paints a picture of a spaceship featuring from orbit; a city, a people open up to receive the homecoming of a weary traveler and the audience is at once, the received and the receiving.

Disclaimer: this is a pre-Japan tour fundraiser / a concert version of the real performance.

Ticket is a minimum donation of RM30. For ticket reservation please contact Toccata Studio Facebook Page / drop a message to 016-9755965 or [email protected]