A talk by Guillaume Le Méliner:
The Writings of Writing / GRAFFITI: the free land of writings

Calligraphy, lettering, sign painting, fonts. How to talk about the various ways to write? What are the particularities of those disciplines?

The different practices of writing are like ecosystems. Each having its own purpose, and each being sub-developed in many directions too. If writing is one word, it describes a large field made of diverse processes and applications.

While showing some chosen examples of his works, from historical alphabets interpretations to asemic scriptures, Guillaume Le Méliner will explain complementary disciplines consisting in giving shape to the written language, the characteristics of each, and share his creation process. Curiosity brought him to study and practice several kinds of graphy, and it’s now time to see a bit clearer in this fertile and luxuriant scriptures jungle.

ABOUT THE SPEAKER
Guillaume Le Méliner is a letterforms explorer. His researches consist in the creation of sensitive writings through various practices as calligraphy, lettering, graffiti, and sign painting. After studying industrial design, and fine art, he came back to his first passion: writings. He had the chance to discover closely latin calligraphy and type design at Le Scriptorium de Toulouse in France. Since then he developed a more personal approach and reflexion about the beautiful writing. More recently he has also added photography to his production tools, revealing the missing related paths that unite his matters about thinking and creating the writings of writing.

——
This talk is part of the 'GRAFFITI & CALLIGRAPHY AESTHETICS' workshop, happening on 14–15 September, at The Zhongshan Building. Stay tuned for more info.

Kokfartea at the The Zhongshan Building at Kampung Attap

The unexpected pandemic sweeping the globe has changed people’s behaviour to what we call the New Norm. It not only impacts people who make [...]

Over the last decade, art practices and the art scenes in Malaysia have evolved in many ways, and Penang artists are among those leading this changing prospect. This j[...]

The 2020-2021 Covid-19 pandemic has shaken the Malaysian art scene to its core in many aspects. Not only the artists and their production of artwork were impacted, but [...]

A research project, exploring how we engage with this humble material The pro[...] Zulkifli Lee @zullee2 (b.1978, Raub, Pahang, Malaysia) is a multidisciplinary artist working in the mediums of painting, sculpture, print, and installation. His practice explores the dynamic between p[...] The Body Politic and the Body: Exhibiting Artist Talks 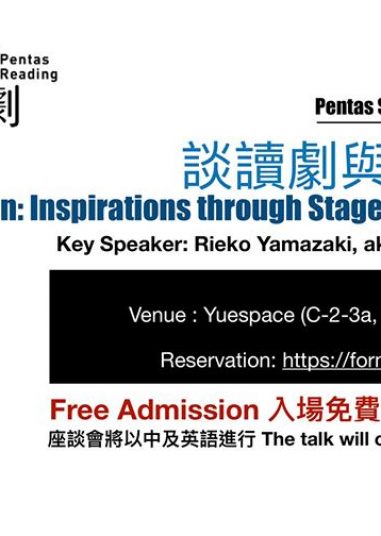